Hello coders, gamers, and other entertainers, I’m the LME and yes the title is a play on a “Mulan” song. Anyways, today I’m going to tell you about the most impactful experience I’ve had in my tech career – the Xtern Bootcamp. While that may not mean a lot to some since I’ve only been in the industry less than a year, however even weeks later the lessons I’ve learned have stuck with me.

Xtern Bootcamp is “a 3-week intensive training course, hosted by TechPoint, focussed on developing the skills and competencies needed for internships in tech(Include personal stats and accomplishments from the program) in Indianapolis, Indiana. This a specifically made for college students who are looking to be involved in tech in some way.

How many people were there?

There are a total of three sessions containing 50 students each.

When does it take place?

The first session(which I was in) takes place in the middle of May and the last session ends towards the beginning of July.

Most of the coding took place Monday through Thursday where we would be taught how to make web apps using JavaScript, React, HTML, and CSS, lecture style. Our instructors, Davey and Dana, shout-outs to them, helped us along through our coding process. On Fridays, we would work on career development and explore the surrounding city.

How did you develop?

One is a lot harder to put into words because my work ethic and coding skills have grown so much between when I came and three weeks later when I left. It taught me to go past just settling for a code that works. Being in an environment where a majority of people are coding most hours of the day, five or six days a week makes you want to work even harder. 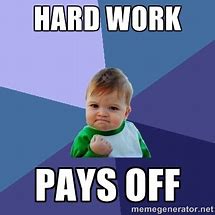 Not only this, but I learned how to incorporate my creativity into coding. I’ve always been into designing things ever since I was a kid.  When we would do tutorials, I would try my best to make it my own whether it be design wise. Because I was almost addicted to making code creative, I somehow discovered the PureCSS Images. If you don’t know that is, it’s making an image using only CSS. And if you think that’s interesting or impossible, then check out the image I created below of Bill Cipher.

I would highly recommend Xtern to any student who wants to take a big step into the tech world. Coding for most of the day like that will make you really think whether or not you want to be in this industry. If it’s not, that’s fine. I wish you the best of luck. But if you’ve chosen to press go on your tech career then prepare for a pretty cool ride.